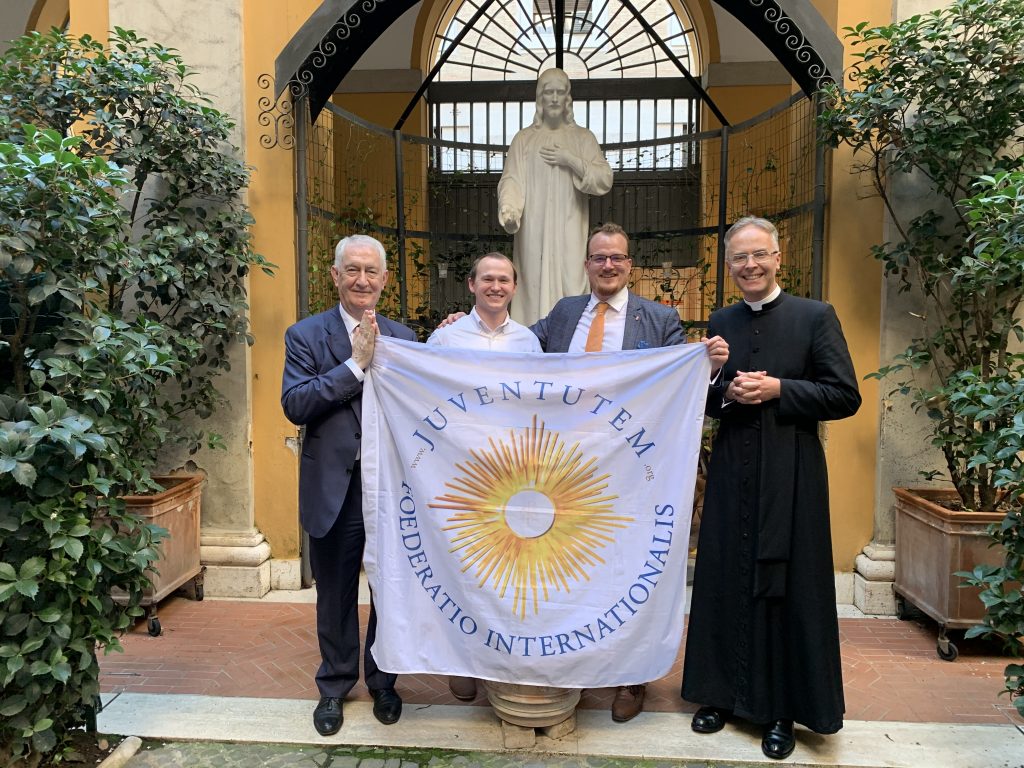 Meeting together in Rome for the Populus Summorum Pontficum pilgrimage to the Seat of Peter, on 26 October 2019 the Bureau of the Fœderatio Internationalis Juventutem unanimously appointed Nicholas Heiny of Fort Wayne, Indiana, USA, as the Secretary of Juventutem.

A graduate of Indiana University, Nick is pursuing licensing as a CPA. An alum of the Chartres Pilgrimage, he has a long history of Christian service including mission projects with FOCUS, the Fellowship Of Catholic University Students. He has helped priests become trained to celebrate the Traditional Latin Mass in the Diocese of Fort Wayne-South Bend and is working to organize a Juventutem chapter in that diocese.

In the role of the Secretary of Juventutem, Nick will focus on communication and diplomacy in support of the mission of Juventutem, promoting the True, the Good, and the Beautiful, and in particular, the celebration of the Traditional Latin Mass:

– Facilitating communication among leaders of Juventutem chapters and communicating with chapters as to participating in international events such as World Youth Day and as to paying the annual dues.

– Receiving communications from the Vatican’s Dicastery for Laity, Family, and Life and responding to them (or causing them to be responded to by the Juventutem member whose competence it is to do so).

– Receiving inquiries from those who are interested in seeking to affiliate a group of young adults to the Juventutem movement and facilitating the consideration of their applications by the full Bureau.

– Meeting members of Juventutem and other faithful attached to the Traditional Latin Mass in person as often as possible.

Together with the other members of the Bureau, the Secretary supports the institutional memory of Juventutem – both by familiarizing himself or herself with such resources as exist to report on Juventutem as well as by exercising active curiosity to query those with personal experience of Juventutem’s activities.  Nick can be emailed at: secretary at juventutem dot org.

The Bureau thanks wholeheartedly Paul Schultz of Juventutem Michigan for serving as the Secretary from November 2013 until now with great dedication and much fruit, as well as all of the friends and benefactors of the Juventutem movement who have supported our efforts. 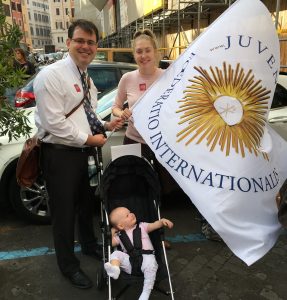 Secretary Emeritus Paul Schultz, pictured with his family at the 2018 pilgrimage in Rome. 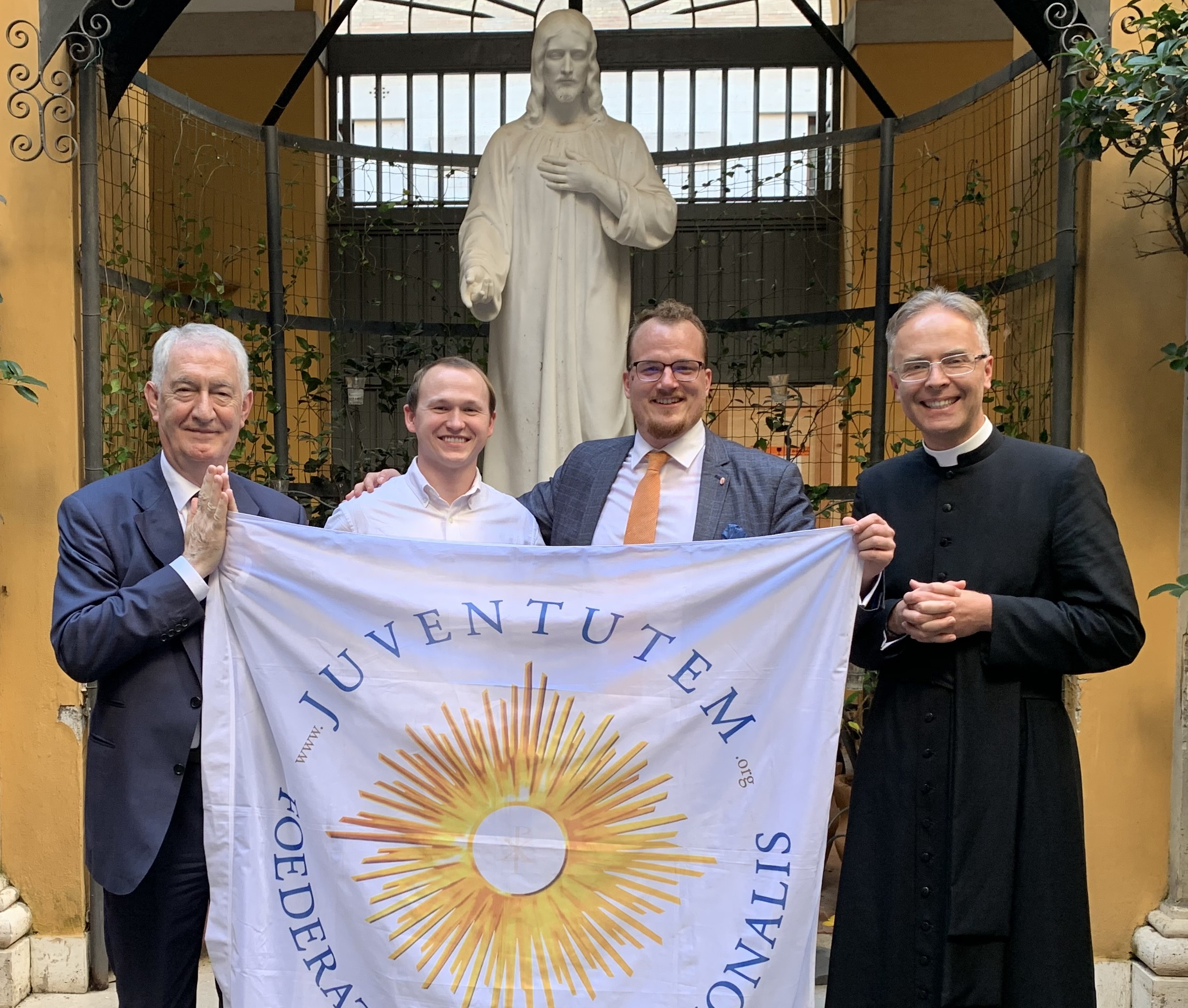